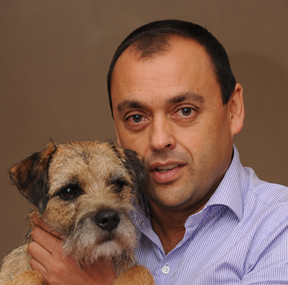 Started work as a trainee Medical Laboratory Scientific Officer at Dryburn Hospital in County Durham.
Once qualified, he moved to the Royal Victoria Infirmary in Newcastle for a position working for Imperial Cancer Research.
After several years of working within the NHS Martyn moved into the world of toxicology, working for Life Science Research. This is where he started learning about management initially as a team leader and six years later he relocated to Suffolk to fulfil the position of Laboratory Manager, working for the same organisation.
Martyn joined Finn Pathologists as the manager of the Histology Laboratory in 1999. Two years later, the laboratory was acquired by CVS. He along with the Laboratory Division have grown with CVS, Martyn is married with five children, which does not leave him a lot of spare time, but where possible he likes to escape to the nearest river, lake or ocean and follow his real desire, which is to catch big fish.