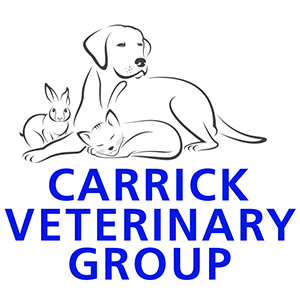 A Grade II listed building which first opened as a hospital in 1860 and was a medical centre until 2015 welcomed its first patients as a veterinary practice on Monday 24th April 2017.

Carrick Veterinary Group, part of the CVS Group, has moved its Chesterfield clinic to Holywell House from its current premises at Newbold Road. More than £30,000 has been invested in converting the historic building into a state-of-the-art veterinary practice right in the centre of the town and equipped with the very latest diagnostic and surgical facilities. Work began in January 2017 and the Carrick Veterinary Group team welcomed its first patients, including Mrs Hilda Heydon and her Shih Tzu, Willow, on Monday 24th April 2017.

Commenting on the move, Carrick Veterinary Group clinical director Dr Brian Sargeant said: “We had outgrown our previous surgery and wanted to care for our patients in a more comfortable and better equipped environment. Holywell House is a beautiful building but has also given us the space to offer separate dog and cat waiting areas and wards, an operating theatre, five consulting rooms and many other additional facilities.”

He added: “Holywell House is also ideal for our patients’ owners as it is right in the town centre, offers ample parking as well as full disabled access, including a lift.  The sweeping staircase and chandelier are magnificent too! We are delighted with our new clinic and opening up for the first time on Monday was an exciting moment after a great deal of hard work by the team. We’re looking forward to welcoming patients old and new to Holywell House in the months ahead.”