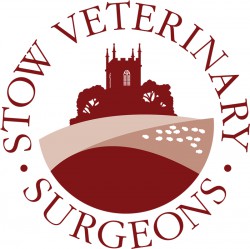 Lisa Herron is a Registered Veterinary Nurse at Stow Veterinary Surgeons at Stow-On-The Wold in Gloucestershire. During May 2016, she volunteered for Animals Asia, a charity which works to end the suffering of ‘Moon Bears.’ More than 10,000 bears are kept on bile farms in China and probably a similar number in Vietnam. The bears have their bile extracted on a regular basis using painful invasive techniques because it is used in traditional medicine.

Animal Asia operates bear sanctuaries in Chengdu, China, and Tam Dao, Vietnam, where bears are rehabilitated and cared for as they spend their remaining years in the company of other bears. She tells us about her experience and how the CVS Volunteer Scheme helped her achieve her goal:

I’d always wanted to volunteer and particularly wanted to help Moon Bears. When I read that the charity was offering its first five-day volunteer placement on facebook, I applied together with my husband, also a great animal lover. We didn’t expect to be successful as only ten places were on offer so were surprised and thrilled to be part of the first group, flying out to China on 21st May 2016. The CVS Charity Abroad Scheme helped to make it possible because it gave me three days paid leave as part of the placement which was great as I had already booked the majority of my holiday for the year.

We were based in the China Bear Rescue Centre, Chengdu, the capital of southwestern China’s Sichuan province and soon settled into the accommodation provided by the charity. Watching the bears in their enclosures and meeting Jill Robinson, the charity’s founder, was an experience I’ll never forget.

During the placement we were kept busy with a range of support duties, including preparing medications in the ‘shake’ kitchen – the bears are given most of their medication in the form of tasty shakes. We also assisted the horticulture team in making toys for the bears and in helping to maintain the sanctuary. We also enjoyed ‘enriching’ the enclosures by hiding food, smearing honey for them to find and lick and hanging up rope ‘kebabs’, entwined with fruit and vegetables. These activities help them to exhibit natural behaviour by foraging for food.

Observing the bears was another important activity. We were split into small groups and asked to monitor the bears’ use of particular equipment and toys to see which they preferred. Mind you, as it was so hot, many of the bears seemed quite content to spend a great deal of time lying on their climbing frame in the shade!

Finally, we attended talks to find out more about Moon Bears and the work being done to rescue them.  Perhaps the hardest thing was watching a bear euthanasia but it was inspiring to see the care and compassion that goes into every aspect of these bears’ lives, even at the very end.

During our placement we were with a group of other volunteers, one from the UK and the others from Australia. We had so much in common and got on very well. We all felt privileged to be part of the sanctuary team and to experience so much in a just a few days. We particularly enjoyed worming the bears as it was an opportunity to be up close with them under the supervision of the bear managers and to spoon-feed them marshmallows that we’d stuffed with medication.

I found being part of such a wonderful charity and experiencing day to day life in the sanctuary an amazing experience and hope to go again in the future. My message to any veterinary staff who are considering a volunteer trip is ‘Do it!’ It’s a life-changing experience and a great opportunity to support charities which really need your help. It also gives you a great insight into the care of animals of different species around the world and to have a change from everyday life in practice. Even though I was working with Moon Bears, I still came back with ideas as to how to improve and enrich the ideas of animals back at home.

Both before I went and since I returned, I’ve been fundraising for Animals in Asia and raising awareness of its work. It costs £21 a day to care for each bear, a cost which includes food, vet care, dens and outdoor play equipment and toys. With almost 400 bears currently in their care, the charity is constantly short of funds. I’ve so far raised more than £500 through selling cakes to colleagues at the practice and completing three obstacle races (8km and 10km) in three months. I’ve even received donations from clients.

I’d like to thank CVS and my practice for their support in helping me to achieve an ambition that I thought I would only achieve if I won the Lottery.

If you’d like to support Animals Asia, visit the charity’s website at www.animalsasia.org to find out how.