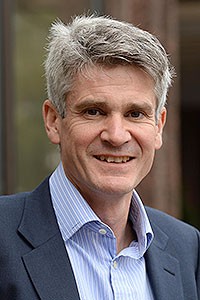 CVS has appointed two new Directors to support the growth of its business. Both Directors are founder directors of the Highcroft Veterinary Group, the Bristol-based referral hospital which joined CVS in October 2015.

Richard Killen qualified from Bristol University in 1984 and has worked at Highcroft since then. As Clinical Director for CVS he will be responsible for developing and maintaining the highest clinical standards at all of CVS’ practices. Robert Dawson has spent the last 25 years working with Richard to build Highcroft into a leading multidisciplinary veterinary referral centre. His new role as Small Animal Director will see him set the clinical direction for the small animal practices within CVS.

Commenting, Richard Killen said: “I’m really looking forward to this new role and the challenge of working within a much larger and fast-growing organisation. I see many opportunities ahead for our clinical teams as we work to raise standards within our practices still further and will be developing my plans with colleagues in the months ahead.”

Robert Dawson added: “I’m relishing the challenge of developing and communicating the clinical direction of such a large practice and to continuing my close working relationship with Richard.”

Karyn MacKenzie commented: “As we continue to grow, we are focused on developing our leadership teams and strengthening our infrastructure to ensure we provide the clear direction and support that our colleagues across the business require. Richard and Robert have demonstrated their leadership qualities, both in the success of Highcroft Veterinary Group and, for the last year, as members of CVS. We are delighted to welcome them to our Executive Team.”