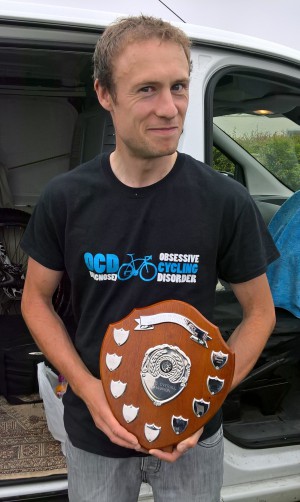 A vet from Castle Veterinary Surgeons in Barnard Castle has won the British Mountain Bike Orienteering National Championships at his first attempt. Graham Tibbot, who has worked at Castle Vets as a farm vet for three and a half years and lives in Barnard Castle, only took up mountain bike orienteering in Spring 2015.  Later that year, he won the North Yorkshire league and, as he also won three events in the Scottish league and two events in Yorkshire earlier this year, he qualified for the 2016 National Championships, which took place on 24 and 25 July over courses on the Exmoor Hills and The Quantocks in Somerset.

Mountain bike orienteering involves navigating using a map to a series of checkpoints which are located on roads and bridleways. Each checkpoint is worth a certain number of points with the rider who collects the most points in the allotted time (usually three or five hours) wins.  Riders carry an electronic device called a dibber (the size of a USB stick) which is pressed into a control box at the checkpoint to register the score. Penalties are incurred by riders returning late to the finish.

Commenting on his achievement, Graham Tibbot said: “There were about sixty other riders and I was most worried about the local riders who would be familiar with the terrain. It was some of the hilliest I’ve come across anywhere with the first day’s ride the equivalent of climbing Ben Nevis and Snowdon in one day.  The event planners also chose to locate most checkpoints right at the tops of the hills to really test us.  We were able to look at a map of the area beforehand but, only at the start line was the map with all the marked checkpoints revealed.  I was slightly behind after day one but managed to record the best score on day two which was enough to scrape the win by three points as the next rider finished three minutes late!

“It’s always a nerve-wracking moment when you arrive at the finish and download your score onto the computer. I knew the result would be close so I experienced more of a feeling of relief than joy that my mistakes hadn’t cost me more than they did!”

He added: “My aim for this year is to finish as high up as possible in the National League, which takes your best ten scores from the local leagues to give you a ranking. The League finishes in October and I’m currently in the top spot but there are some good riders who haven’t completed ten events yet, so it’s all to play for. Luckily my colleagues have been very good at swapping weekends off work so I can find the time to compete so I’d like to say a big thank you to them, as well as to everybody else who has supported me.” 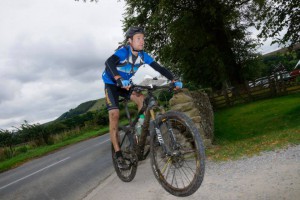